Happy Women's Day ! , Today we are going to remember , powerful and inspirational women who have been pioneers for women’s rights and racial equality and have defined the worlds of science, mathematics, aviation and literature.

Whether these famous females were inventors, scientists, leaders, politicians, or literal Queens, these  strong women undeniably changed the world for the better.

Cleopatra, 69 BC-30 BC Egyptian pharaoh

Final ruler of Egypt’s Ptolemaic dynasty, Cleopatra was more than the famous beauty her subsequent, simplistic portrayals often depict. A formidable, politically shrewd monarch, she was directly involved in the running of a kingdom that faced challenges on many fronts. 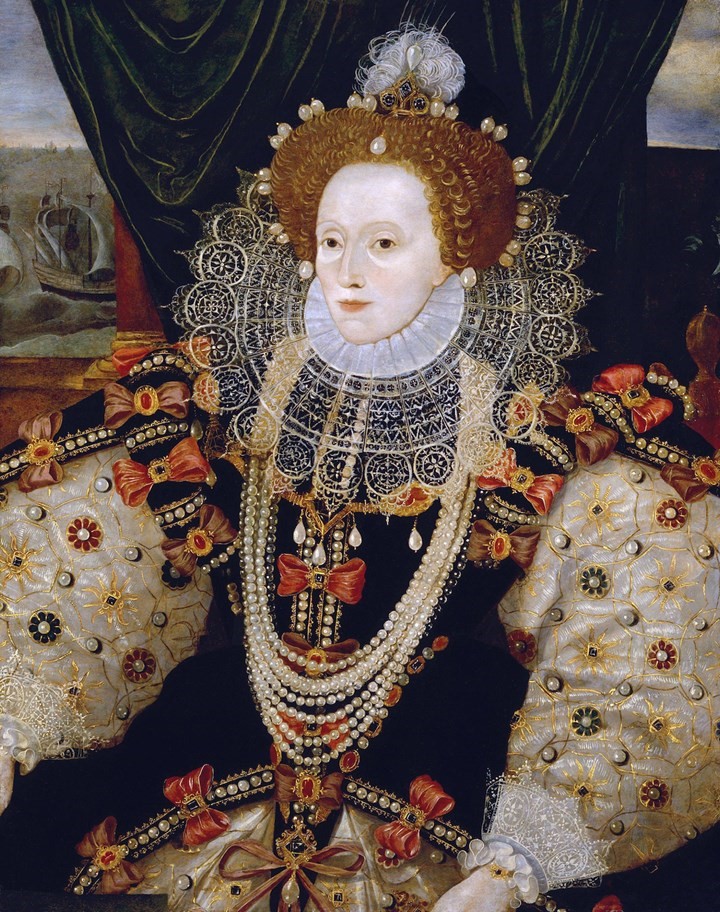 “Though the sex to which I belong is considered weak you will nevertheless find me a rock that bends to no wind.”

The Armada portrait of Queen Elizabeth I painted in 1588

Elizabeth called herself ‘The Virgin Queen’ because she chose to marry her country instead of a man. It might seem like ancient history now, but Queen Elizabeth I is one of the most successful monarchs in British history, and under her, England became a major European power in politics, commerce and the arts.

Elizabeth had a rocky road to the throne and technically should never have been allowed to reign, both because she was a woman and because her mother was Anne Boleyn, the much-hated ex-wife of Henry VIII.

However, Elizabeth I proved all the naysayers wrong and has become one of the greatest female leaders. Known for her intelligence, cunning and hot-temper, ‘The Virgin Queen’ was one truly one of the great women in history.

“The person, be it gentleman or lady, who has not pleasure in a good novel, must be intolerably stupid.”

Portrait of Jane Austen circa 1790

The OG rom-com queen, Jane Austen defined an entire literary genre with her shrewd social observations and wit. Born into a family of eight children in England, Austen started writing her now classic novels, such as Pride and Prejudice and Sense and Sensibility, in her teens.

Her novels are funny, endearing, and questioned women’s roles within society. Austen had to hide her identity as the author of some of the most popular novels of her day and it wasn’t until her death that her brother, Henry, revealed to the public that she was the real author. Her literary influence remains and the themes and lessons from her novels still hold up today.

“Nothing in life is to be feared, it is only to be understood. Now is the time to understand more, so that we may fear less.”

Currie was the first person (not woman) who has won two separate Noble Prizes, one for physics and another for chemistry, and to this day Curie is the only person, regardless of gender, to receive Noble prizes for two different sciences.

Currie faced near constant adversity and discrimination throughout her career, as science and physics was such a male-dominated field, but despite this, her research remains relevant and has influenced the world of science to this day.

“That brain of mine is something more than merely mortal; as time will show.”

An Alfred Edward Chalon watercolor of Ada Lovelace painted in 1840

Ada Lovelace was an English mathematician and the world’s first computer programmer. Lovelace was born into privilege as the daughter of a famously unstable romantic poet, Lord Byron (who left her family when Ada was just 2 months old) and Lady Wentworth.

Ada was a charming woman of society who was friends with people such as Charles Dickens, but she is most famous for being the first person ever to publish an algorithm intended for a computer, her genius being years ahead of her time.

Lovelace died of cancer at 36, and it took nearly a century after her death for people to appreciate her notes on Babbage’s Analytical Engine, which became recognized as the first description for computer and software, ever. 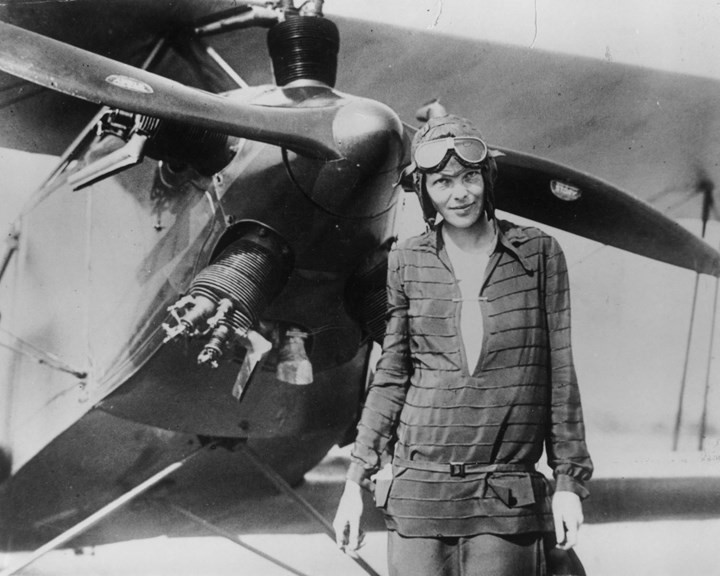 “Women must try to do things as men have tried. When they fail, their failure must be but a challenge to others.”

Amelia Earhart stands in front of her bi-plane called 'Friendship' in Newfoundland on June 14, 1928

Amelia Earhart was the definition of a rule breaker. An American aviator who became the first woman to fly solo across the Atlantic and the first person ever to fly solo from Hawaii to the US, Amelia was a pioneering aviator and a true female trailblazer.

Earhart refused to be boxed in by her gender from a young age, born in Kansas in 1897 Amelia played basketball growing up, took auto repair courses and briefly attended college. In 1920, Earhart began flying lessons and quickly became determined to receive her pilot's license, passing her flight test in December 1921.

Earhart set multiple aviation records, but it was her attempt at being the first person to circumnavigate the globe which led to her disappearance and presumed death. In July 1937, Earhart disappeared somewhere over the Pacific, her plane wreckage has never been found and to this day, her disappearance remains one of the greatest unsolved mysteries of the twentieth century. 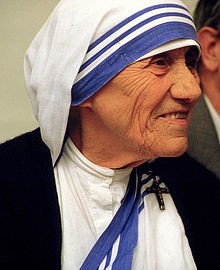 Mother Teresa, born in Albania, was a Roman Catholic nun who lived in India for most of her life. In 1950 she founded the Missionaries of Charity which attracted many sisters who took vows of chastity, poverty, obedience and free service to the poorest of the poor. The work that the order undertook, in over 130 countries, included managing homes for people who were dying, soup kitchens, orphanages and schools. Although criticised for her opposition to abortion, her charitable work changed the lives of many of the most vulnerable people in the world. 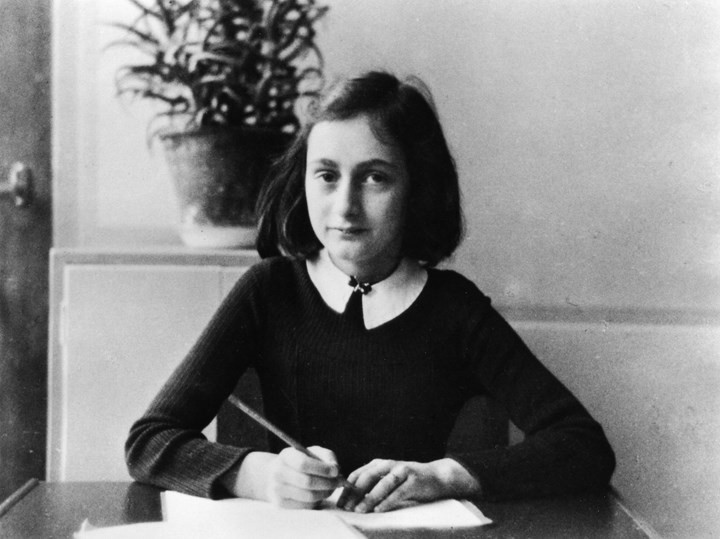 “How wonderful it is that nobody need wait a single moment before starting to improve the world.”

The Diary of Anne Frank is one of the most honest, powerful and poignant accounts of World War II and was written by a German teenage girl. The Franks were a Jewish family living in Germany, then Austria throughout Hitler’s rise to power and during World War II. The family hid in a secret annex with four other people throughout the war but were discovered and sent to concentration camps in 1944. Out of the Frank family, only Anne’s father survived, and he made the decision to publish Anne’s diary.

The Diary of Anne Frank has been translated into almost 70 languages and is an intimate portrayal of one of the most inhumane moments in history and is able to educate us on the universal human qualities of emotion, passion, love, hope, desire, fear and strength. 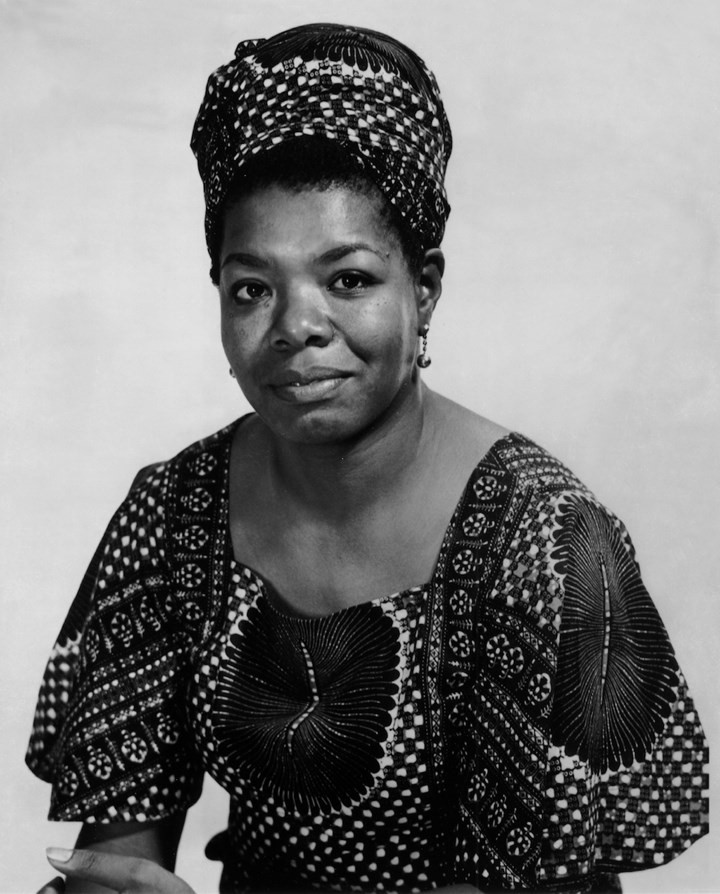 Maya Angelou is one of the most influential women in American history and was a poet, singer, memoirist, and civil rights activist, whose award-winning memoir I Know Why the Caged Bird Sings made literary history as the first nonfiction best-seller by an African-American woman.

Angelou had a difficult childhood. As a black woman growing up in Stamps, Arkansas, Maya experienced racial prejudices and discrimination all throughout her life. At the age of seven, Angelou was assaulted by her mother’s boyfriend, who was then killed by her uncles as revenge. The incident traumatised Angelou to the point that she became a virtual mute for many years.

I Know Why the Caged Bird Sings as well as her other works have been one of the loudest voices in the civil rights movement, and explore subjects such as identity, rape, racism, and literacy, and illustrate how strength of character and a love of literature can help overcome racism and trauma.

“Power without a nation's confidence is nothing.”

Portrait of Catherine the Great painted in 1780

Catherine the Great is one of the world’s great historical figures and the Prussian-born Queen is one of the more ruthless women to make this list.

Stuck in a loveless marriage to the King of Russia, Catherine orchestrated a coup to overthrow her wildly unpopular husband Peter III, and then named herself Empress of the Russian Empire in 1762.

Catherine is credited for modernising Russia and established the first state-funded school for girls, reeled back the power of the church within the state and encouraged the development of the economy, trade and the arts.

She is also known for her healthy sexual appetite, having numerous lovers right up until her death who she would often gift with an abundance of jewels and titles before sending them on their way to make room for their replacement.  Now there’s a woman who knows what she wants.

Malala Yousafzai was born in Pakistan on July 12, 1997. Yousafzai’s father was a teacher and ran an all-girls school in her village, however when the Taliban took over her town they enforced a ban on all girls going to school. In 2012, at the age of 15, Malala publicly spoke out on women’s rights to education and as a result, a gunman boarded her school bus and shot the young activist in the head.

Yousafzai moved to the UK where she has become a fierce presence on the world stage and became the youngest ever recipient of the Nobel Peace Prize in 2014, at 17 years old. Malala is currently studying Philosophy, Politics and Economics at the University of Oxford.

What other powerful women we can talk about ? Write in the comments.

Social Distancing? Here Are Some Museums To Visit From Your Couch
18 de abril de 2020